Mercedes backed up its early promise in pre-season testing by ending the second week at Barcelona as comfortable favourites for the start of the new Formula One season.

With teams packing up and heading home before the opening race in Australia on March 15, the evidence from six days of testing at Circuit de Catulunya suggested the Silver Arrow boast superior pace to Ferrari.

Here, we take a look at how each team fared in Spain.

The favourites again to clinch a seventh successive constructors’ championships.

While drivers will admit lap times are notoriously misleading in testing, it is no coincidence that the world champions are a dominant force.

Over the two weeks combined, despite the two shortened sessions, the Silver Arrow were the only team to put in over 900 laps – 59 laps further than their nearest rival Ferrari.

Pace was strong but there are concerns about reliability, something that we are only going to see as the season progresses.

Valtteri Bottas produced the quickest time across the six days, clocking a stunning 1.15.732 on day three.

Twelve months ago, the Scuderia were on the frontfoot in testing and all their data suggested they were the team to beat.

This year, though, team principal Mattia Binotto admitted he was not as optimistic as he was at this point in 2019.

Ferrari struggled until the final day when Charles Leclerc delivered race pace closest to the Mercedes, putting in a monstrous 180 laps. Comfortably more of any driver over the two weeks.

Positively, the Italian marque improved their speed through corners, which suggests they have added downforce but need to improve on the straights. An area perhaps they have sacrificed for a better all-round car across the season.

Delivered exactly what they wanted and look to have the strength in depth to challenge at the sharp end of the standings.

Suggestions of an instability at the rear have been dismissed, and the car looks fast and well-balanced on the corners.

They were second in single-lap pace, behind Mercedes, but there is more to come.

Max Verstappen produced solid quick runs, with the Dutchman increasingly positive about the year ahead.

Look to be the main challenger for Mercedes in Melbourne.

The leading midfield team enjoyed their most successful test in recent memory.

Carlos Sainz and Lando Norris showed some strong reliability across the board. Both feel a lot more confident compared to last year’s car, which sealed a podium in Brazil on the way to fourth in the constructors’ championship.

With no change in the regulations for 2020, the battle for midfield supremacy is expected to be even closer, with the new-look AlphaTauri team and Racing Point particularly strong.

A team that continues to impress.

The car has been dubbed the pink Mercedes with its identical front wing, nose, front suspension and aerodynamic devices behind the front wheel.

It looked reliable and fast, and its short run pace was a standout over the two weeks of testing.

Lance Stroll blasted around the Barcelona circuit to clock the third fastest time on day five, and Sergio Perez was consistently quick on the final day.

It is certainly boding well for the campaign ahead as Racing Point set their sights on points and podiums. 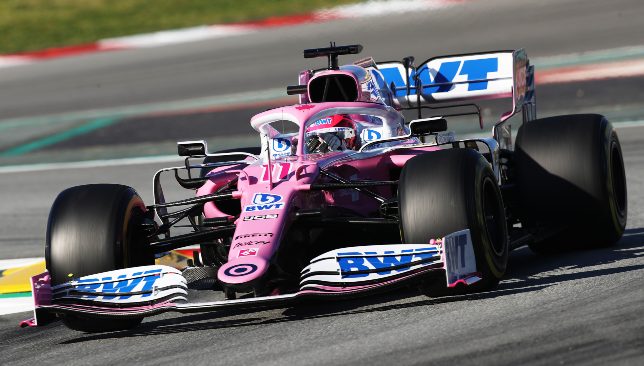 Renault downplayed their performance in week one of testing. However, they improved in week two to give themselves renewed optimism.

There is little to separate the other four teams.

Daniil Kvyat and Pierre Gasly scored podiums last year in rain-affected races and, if the AT01 is similarly consistent, there is no reason why they can’t enjoy similar success this campaign.

The turnaround for Williams has been terrific, going from missing the first two days of testing last season to clawing their way back to respectability.

Tenth fastest over week two, a more reliable machine could see George Russell finish among the points this term.

Haas completed the least amount of laps (649), however they need to translate the data collected into a positive showing in Australia.

All ten teams have plenty of data to work through before adding the final touches to their cars ahead of the season opener in Melbourne on March 15.

Mon Mar 2 , 2020
Our second and third yr sport research college students have been in the mist of the healthy faculties challenge through March and April. Love scored solely 6 more factors after the first quarter last night, finishing with forty. Cleveland led comfortably for many of the game, entering the fourth quarter […]

Canadian Open close to decision for 2020 during COVID-19 pandemic

John Herdman prepares for the future, looks for silver lining in COVID-19